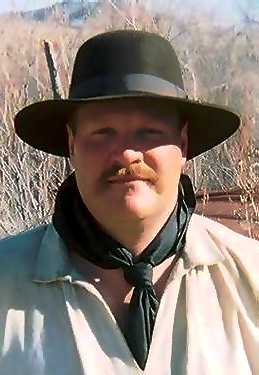 I was born to L. Herman and Joanne Wessel in Syracuse, NY on August 14th, 1963.  Fortunately for my later interests, I found myself in Billing, Mt by the time I was 5 years old.  I never asked him but I always imagined that my father heeded the call of Horace Green__”Go West, Young Man”. From an early age, I was lead to the “wilderness” and exploration of my local outdoor haunts including Five Mile Creek, the gravel pits, and the local irrigation canal.  I pursue my interests in all things nature with my best friend Arlen Schmalz.  We spent countless hours tracking rabbits, building box traps, trapping raccoons, and mostly worrying our mothers t death with our Saturday forays.  One of my greatest memories as a child was my  purchase of an authentic toy muzzleloader which my mother allowed as long as I presented her with the plastic round balls immediately after possessing the magnificent weapon.  Thus began my journey into the more primitive wilderness skills.

As a teenager, I dreamed continually of surviving as a young man in the mountains like the boy in “My Side of the Mountain”.  I learned t hunt and trap small creatures mostly by trial and error as my father’s work kept him very busy.  I remember that he took me hunting four times as an older boy but he did not seem to derive the pleasure from the activity that I did.  Soon due to girls, sports, school, and lack of reinforcement from my father, I drifted away from my childhood interests and became caught up in pursuing football, college, and a career in veterinary medicine. Life does not always unfold as you plan and by the time I was 25, I was a salesman in the animal health industry.  I rekindled my interest in fishing as it was an affordable pursuit but as I drove long hours the image of procuring a real muzzleloader began to take seed.  At the time, I was located in North Carolina and once again with the blessing of the main female in my life; I purchased a .50 caliber flinter made by Jack Garner of Corinth, MS.  I was thrilled.   Every available weekend, I could be found learning the skills necessary to accurately wield my new treasure.

The vagaries of the sales business once again found me relocated to Great Falls, Mt.  Little did I know that this would be the opportunity that my inner being sought to greatly expand my interest in the primitive history.  I was blessed to discover the Lewis and Clark Honor Guard.  Through my participation in this elite reenacting organization, I was able to interact with a group of men dedicated to preserving the spirit and history of that storied expedition.  I spent five years learning as much as time would allow about the Corps of Discovery, the fur trade, period clothing, cooking, trekking, trapping, and muzzleloading.  During this period, my interests in the late 1700’s and early 1800’s grew dramatically.  I was befriended by Greg “Beaverboy” Muich as well as many others in the group including Walt Walker, Ron Ukrainetz, Casey Wiley, and Mike Nottingham.  Beaverboy and I participated in many spring trapping trips together.  He patiently taught me how to prepare beaver drowning sets, skin beaver, and develop my fur trade period skills.  Again, my job duties called and I was relocated to Billings, Mt.  I still attended the annual Encampment in Great Falls where I was introduced to Gene “Bead Shooter” Hickman.  Gene was an incredible knowledge of the fur trade era and he has continued to involve me via email and AMM activities even though I was far removed from my old group.  I continue to strive to learn all that I can about the primitive arts and I look forward to AMM and Lewis and Clark Honor Guard events as a means to increase my knowledge.  I am honored to be invited to join the Manuel Lisa Party as I still have much to learn and could not find a better set of comrades.  This opportunity with the AMM to further grow my period skills and develop lifelong friendships with men of true character is more that I could have ever hoped for.

From a personal standpoint, I am also a father now of Chance, age 8 and Cade, age 6. My job requires a fair amount of travel but when I am home, I spend as much time as possible hunting, fishing, camping, and exploring the mountains with my two sons.  They have a great appreciation of nature and I look forward to passing on my period skills to them.  Both boys have already been my partners in successfully turkey, deer, and antelope hunts.  My wife, Jennifer and I both have a great appreciation for history and are trying to pass this quality on to our children.  We have visited many historic sites such as Williamsburg, the Interpretive Center, the Bighorn Battlefield, the Buffalo Bill Museum, and Pompey’s Pillar to lay the foundation for a lifetime of enjoyment for our boys.  We have plans to visit Fort Clatsop and various Lewis and Clark Sites during our future summers.  I also enjoy instructing them and their respective schoolmates in the history of the Corps of Discovery and primitive fur trade skills.  I have demonstrated fire starting, Indian sigh, trapping techniques, primitive navigation, weaponry, and fur identification to all of their classes thus far.